Cliqme released two songs in English and six songs in Albanian.
Follow his steps weekly on Instagram & Snapchat.
Check his videos on YouTube and stream his songs repeatedly on Spotify.
Get ready for the upcoming song “Million” which will be released in March 2020! 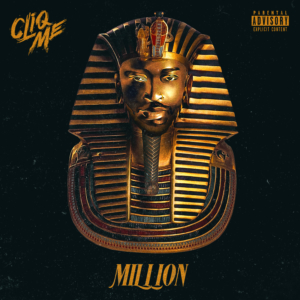 Cliqme is a Festival and Club performing MC since 2012.
After numbers of great performances and pre shows for big artists like Chris Brown, Nelly, Wiz Khalifa, Rick Ross or Redman he was challenged by his entourage and management to step into the music industry as an recording and performing artist. He started after summer 2017 with his first single „Don’t Be Shy“. His second single „Across The World“ became very popular in the albanian music industry because of the the cooperation with the albanian artist Capital T. Cliqme has a connection and flair for the albanian language and was fastly involed in the industry. To make the story of this lifetime perfect he decided to keep performing in albanian. Here we are, the first african artist ever to perform in albanian!

The great video for the song “Pavarsia” has been released in November 2019. You can check it out below.